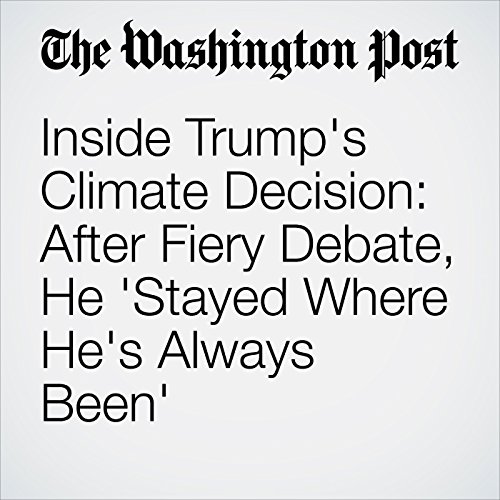 Silicon Valley titans, such as Apple chief executive Tim Cook and Tesla chief executive Elon Musk, contacted the White House directly, making clear just how seriously they viewed the issue of climate change — and how important it was to them that the president not withdraw from the international pact.

"Inside Trump's Climate Decision: After Fiery Debate, He 'Stayed Where He's Always Been'" is from the June 01, 2017 Politics section of The Washington Post. It was written by Ashley Parker, Philip Rucker and Michael Birnbaum and narrated by Jill Melancon.