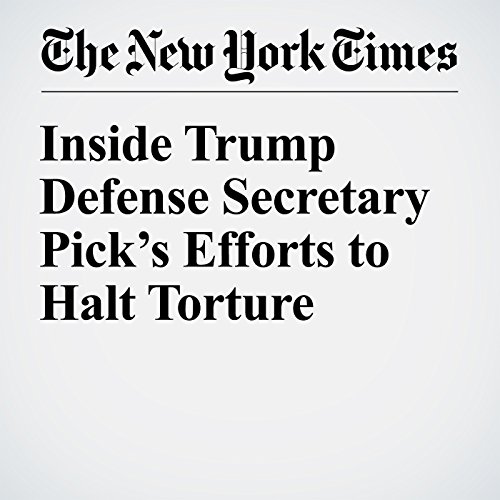 The general’s beliefs were shaped by his military training, but also by his experiences in dealing with issues related to torture or mistreatment, according to an examination of his nearly half-century career and interviews with former colleagues and friends.

"Inside Trump Defense Secretary Pick’s Efforts to Halt Torture" is from the January 02, 2017 United States section of The New York Times. It was written by Sheri Fink and Helene Cooper and narrated by Caroline Miller.