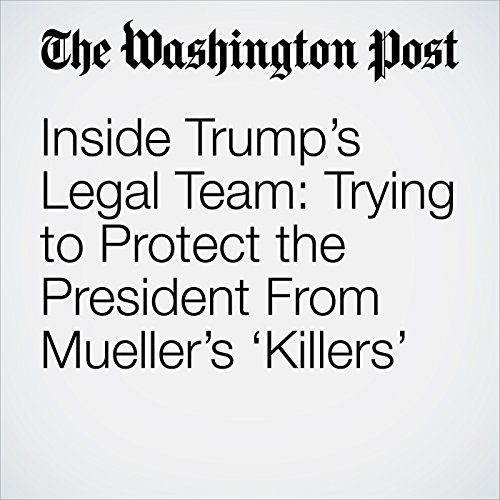 Special counsel Robert S. Mueller III and his team of a dozen-plus lawyers and investigators have proven stealthy in their wide-ranging Russia probe.

"Inside Trump’s Legal Team: Trying to Protect the President From Mueller’s ‘Killers’" is from the December 12, 2017 Politics section of The Washington Post. It was written by Philip Rucker, Josh Dawsey and Rosalind S. Helderman and narrated by Sam Scholl.