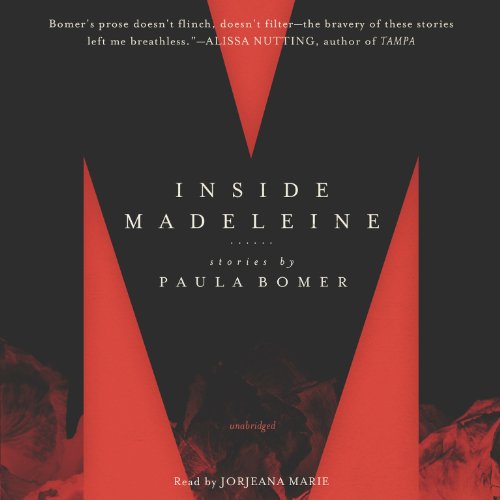 From the author of Nine Months, which Marcy Dermansky called "deliciously, dangerously rogue", comes a powerful, daring collection about the curious, complicated relationships girls have with their bodies, with other girls, and with boys.

A young anorexic girl comes to terms with her changing body while lying in the hospital; Polly deals with her unwelcome puberty whilst falling prey to peer pressure in the suspenseful vein of "Where Are You Going, Where Have You Been?"; Mary's nice-girl attitude is challenged when she begins a job at a psych ward; two best friends discover the power of being beautiful and young; Madeleine discovers menstruation and the power that comes with it; a kinky sexual relationship turns into a dangerous obsession.

This eagerly awaited book seethes with alienation, lust, and rage. It's even more daring and accomplished than Bomer's first collection, which Jonathan Franzen described as "like being attacked by a rabid dog - and feeling grateful for it. This is some of the rawest and most urgent writing I can remember encountering."

I came for the fuck, I stayed for the story

Exquisite story, interesting characters, average writing. It's a story of teenage angst and rage, and you're not supposed to read it as smutt. I haven't been able to figure out the correlation between the first couple of stories and the last, but the last story has an amazing narrative, and is the titular piece.