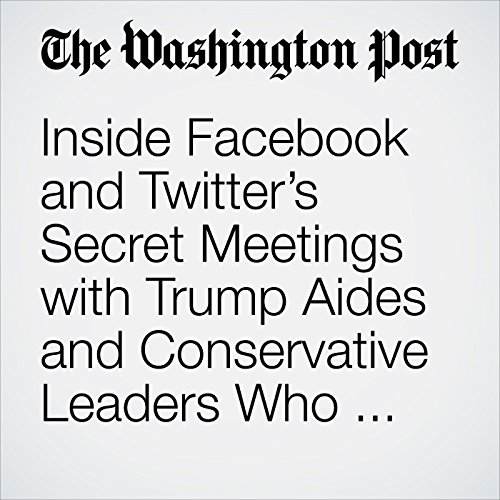 Twitter and Facebook are scrambling to assuage conservative leaders who have sounded alarms — and sought to rile voters — with accusations that the country’s tech giants are censoring right-leaning posts, tweets and news.

"Inside Facebook and Twitter’s Secret Meetings with Trump Aides and Conservative Leaders Who Say Tech Is Biased" is from the June 27, 2018 Tech section of The Washington Post. It was written by Tony Romm and narrated by Sam Scholl.