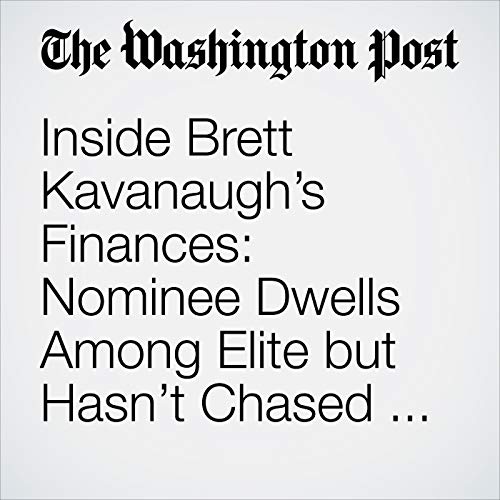 In front of a law-school crowd in 2015, Brett M. Kavanaugh mentioned the success of a younger attorney who worked as his deputy in the White House and became the general counsel of Facebook in 2008. Kavanaugh, who was a federal appeals court judge at the time, had never heard of the company.

"Inside Brett Kavanaugh’s Finances: Nominee Dwells Among Elite but Hasn’t Chased Riches" is from the August 09, 2018 Politics section of The Washington Post. It was written by Amy Brittain and narrated by Jenny Hoops.