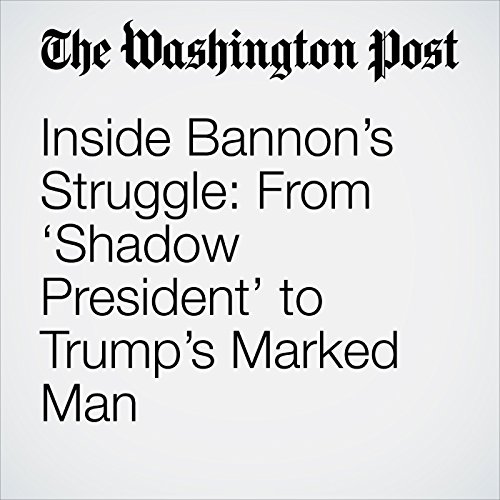 The president’s comments were described by White House officials as a dressing-down and warning shot, though one Bannon friend, reflecting on them Wednesday, likened Bannon to a terminally ill family member who had been moved into hospice care.

"Inside Bannon’s Struggle: From ‘Shadow President’ to Trump’s Marked Man" is from the April 12, 2017 Politics section of The Washington Post. It was written by Philip Rucker, Ashley Parker and Robert Costa and narrated by Jenny Hoops.