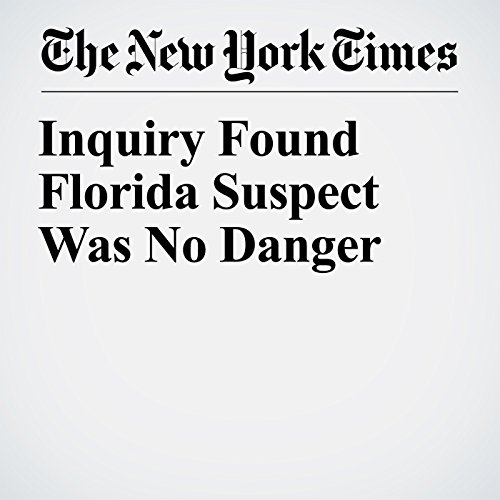 PARKLAND, Fla. — A Florida social services agency conducted an in-home investigation of Nikolas Cruz after he exhibited troubling behavior nearly a year and a half before he shot and killed 17 people at his former high school in Florida, a state report shows.

"Inquiry Found Florida Suspect Was No Danger" is from the February 18, 2018 U.S. section of The New York Times. It was written by Audra D.S. Burch, Frances Robles and Patricia Mazzei and narrated by Kristi Burns.