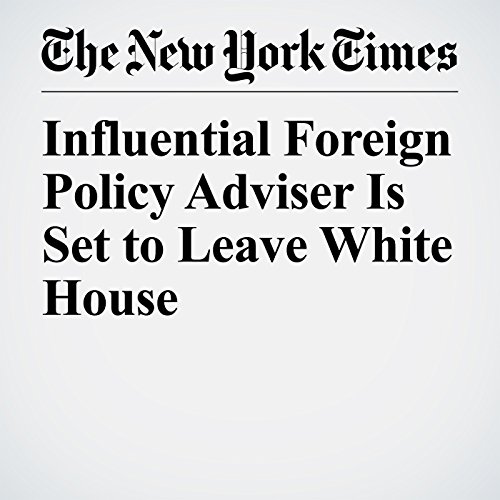 Dina H. Powell, a deputy national security adviser to President Donald Trump and a key player on a variety of foreign policy issues since the early days of his administration, will step down early next year, the White House said Friday.

"Influential Foreign Policy Adviser Is Set to Leave White House" is from the December 08, 2017 Politics section of The New York Times. It was written by Peter Baker and Mark Landler and narrated by Barbara Benjamin-Creel.