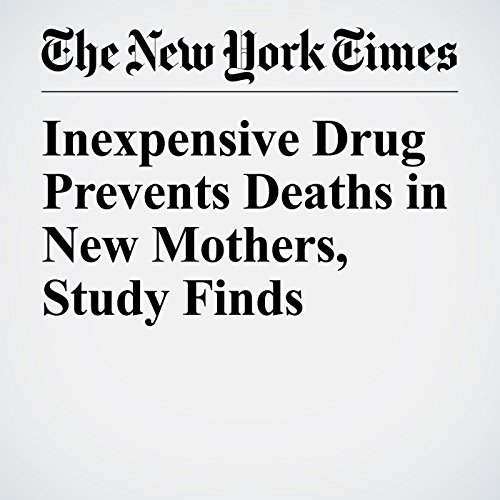 An inexpensive generic drug that saves the lives of wounded soldiers and civilian car crash victims has now been shown to rescue women suffering hemorrhages in childbirth.Postpartum hemorrhage, in which women bleed uncontrollably after childbirth, kills an estimated 100,000 women a year in poor and middle-income countries. The complication also forces doctors to perform emergency hysterectomies, especially when hospitals have too little blood on hand to provide transfusions.

"Inexpensive Drug Prevents Deaths in New Mothers, Study Finds" is from the May 01, 2017 Science section of The New York Times. It was written by Donald G. Mcneil Jr. and narrated by Kristi Burns.