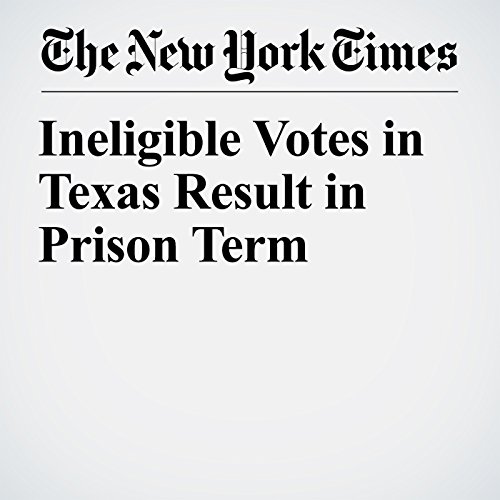 Despite repeated statements by Republican political leaders that U.S. elections are rife with illegal voting, credible reports of fraud have been hard to find and convictions rarer still.

"Ineligible Votes in Texas Result in Prison Term" is from the February 10, 2017 U.S section of The New York Times. It was written by Michael Wines and narrated by Barbara Benjamin-Creel.