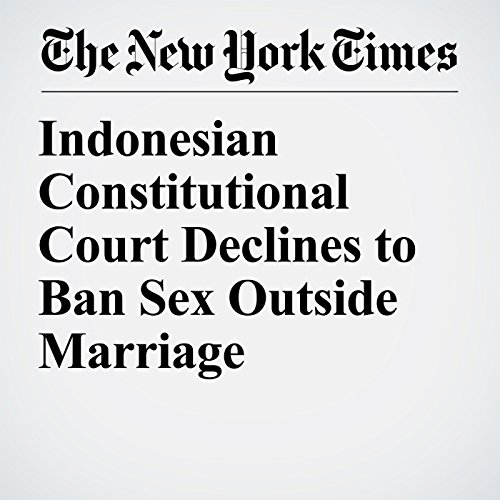 Indonesia’s Constitutional Court on Thursday narrowly rejected a petition asking it to criminalize all sex outside marriage, in a blow to religious conservatives who have been gaining influence in the secular, Muslim-majority country.

"Indonesian Constitutional Court Declines to Ban Sex Outside Marriage" is from the December 14, 2017 World section of The New York Times. It was written by Jeffrey Hutton and narrated by Keith Sellon-Wright.