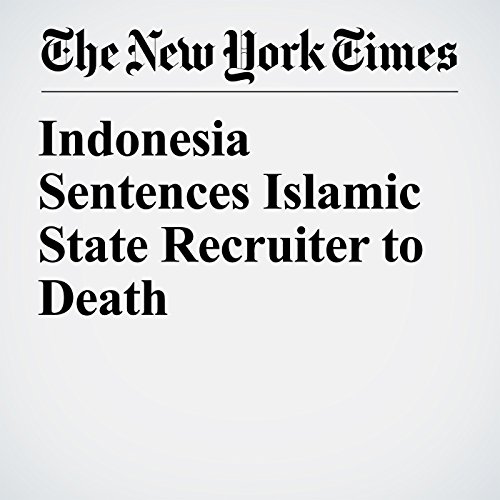 JAKARTA, Indonesia — Aman Abdurrahman, a leading Islamic State group recruiter and ideologue in Indonesia, was found guilty and sentenced to death Friday on charges that he incited five deadly attacks in the country while he was in prison on an earlier terrorism conviction.

"Indonesia Sentences Islamic State Recruiter to Death" is from the June 22, 2018 World section of The New York Times. It was written by Muktita Suhartono and Richard C. Paddock and narrated by Fleet Cooper.