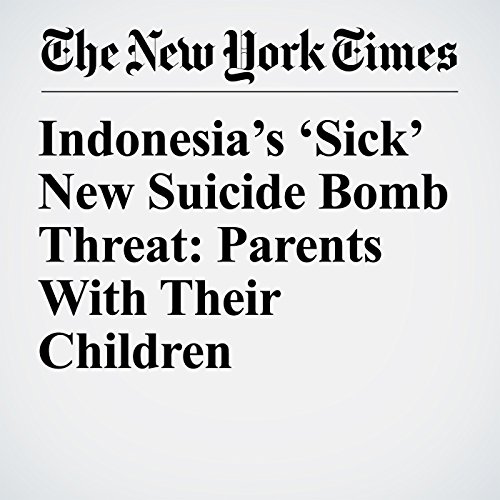 JAKARTA, Indonesia — A wave of deadly bombings Sunday and Monday and evidence of more planned have shaken Indonesia just before the holy month of Ramadan, with entire families — including children — carrying out suicide attacks against Christian worshippers and the police.

"Indonesia’s ‘Sick’ New Suicide Bomb Threat: Parents With Their Children" is from the May 14, 2018 World section of The New York Times. It was written by Joe Cochrane and narrated by Kristi Burns.