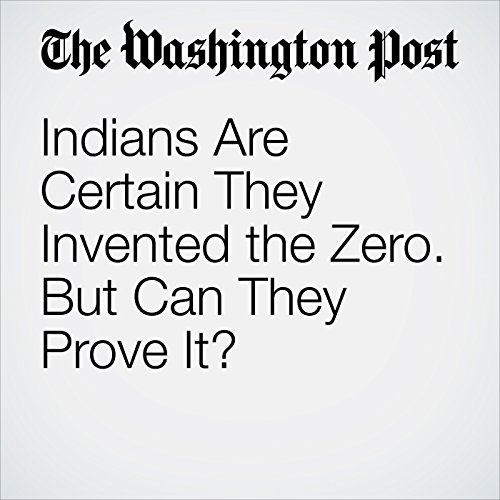 The initiative is a heady cocktail of academic research and cultural pride, and it coincides with a new wave of hyper-patriotism among Indians that has risen since Hindu nationalist Prime Minister Narendra Modi came to power in 2014. Indians are reclaiming their heritage, embracing yoga, promoting the ancient Sanskrit language, buying traditional herbal products and celebrating — at times exaggerating — achievements in history.

"Indians Are Certain They Invented the Zero. But Can They Prove It?" is from the March 11, 2017 World section of The Washington Post. It was written by Rama Lakshmi and narrated by Sam Scholl.

Cosa pensano gli ascoltatori di Indians Are Certain They Invented the Zero. But Can They Prove It?