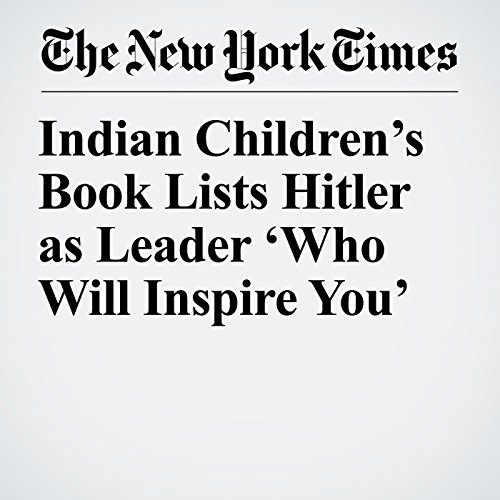 NEW DELHI — An Indian publisher came under fire this week for including Hitler in a children’s book about world leaders who have “devoted their lives for the betterment of their country and people.”

"Indian Children’s Book Lists Hitler as Leader ‘Who Will Inspire You’" is from the March 17, 2018 World section of The New York Times. It was written by Kai Schultz and narrated by Kristi Burns.