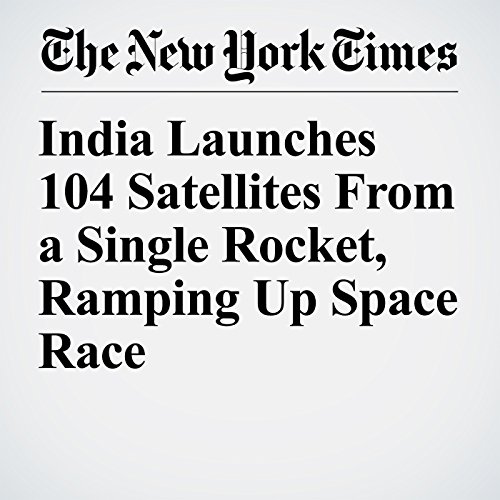 India’s space agency launched a flock of 104 satellites into space over the course of 18 minutes Wednesday, nearly tripling the previous record for single-day satellite launches and establishing India as a key player in a growing commercial market for space-based surveillance and communication.

"India Launches 104 Satellites From a Single Rocket, Ramping Up Space Race" is from the February 15, 2017 World section of The New York Times. It was written by Ellen Barry and narrated by Fleet Cooper.