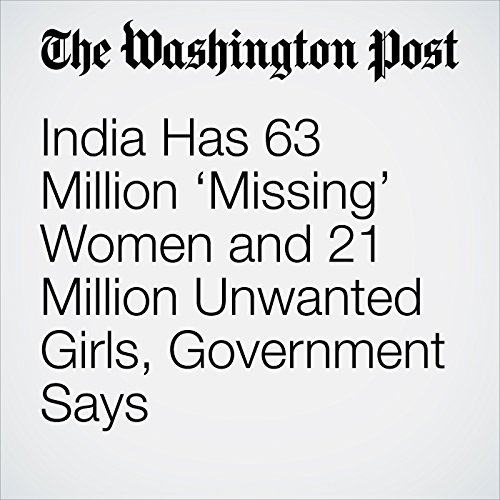 The Indian government said Monday that there were more than 63 million women “missing” from its population and that 2 million go “missing” across age groups every year because of abortion of female fetuses, disease, neglect and inadequate nutrition. There are also 21 million unwanted girls, the government said.

"India Has 63 Million ‘Missing’ Women and 21 Million Unwanted Girls, Government Says" is from the January 29, 2018 World section of The Washington Post. It was written by Annie Gowen and narrated by Sam Scholl.