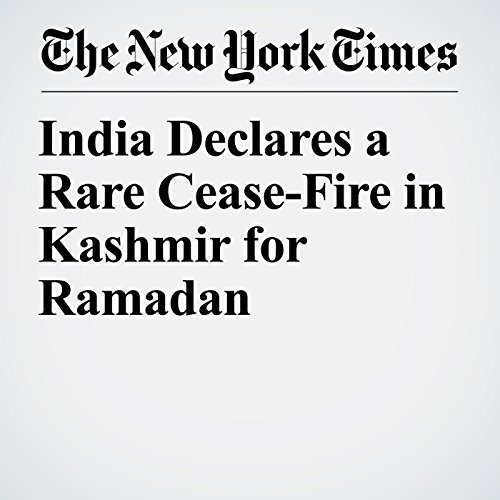 SRINAGAR, Kashmir — The Indian government said it would halt operations against separatist militants in Jammu and Kashmir state during the Muslim holy month of Ramadan, which began Thursday. It was the first time in 18 years that the Indian government declared a cease-fire for Ramadan in the territory.

"India Declares a Rare Cease-Fire in Kashmir for Ramadan" is from the May 17, 2018 World section of The New York Times. It was written by Sameer Yasir and Jeffrey Gettleman and narrated by Caroline Miller.