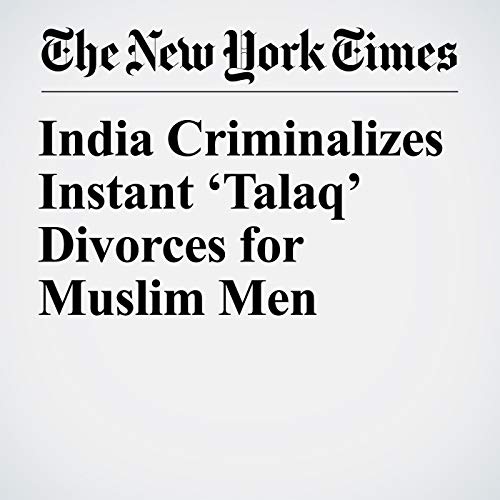 NEW DELHI — India has criminalized a centuries-old practice in which Muslim men could instantly divorce their wives, a step that has polarized political parties over how deeply the government should become involved in marital and religious issues.

"India Criminalizes Instant ‘Talaq’ Divorces for Muslim Men" is from the September 20, 2018 World section of The New York Times. It was written by Kai Schultz and narrated by Kristi Burns.