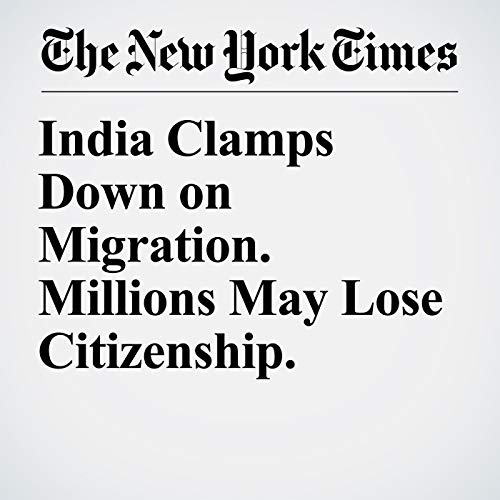 India Clamps Down on Migration. Millions May Lose Citizenship.

NEW DELHI — The Indian government released a draft list of citizens living in a northeastern state Monday that excluded about 4 million people, raising concerns about the possible detention and deportation of ethnic minorities there.

"India Clamps Down on Migration. Millions May Lose Citizenship." is from the July 30, 2018 World section of The New York Times. It was written by Kai Schultz and narrated by Keith Sellon-Wright.