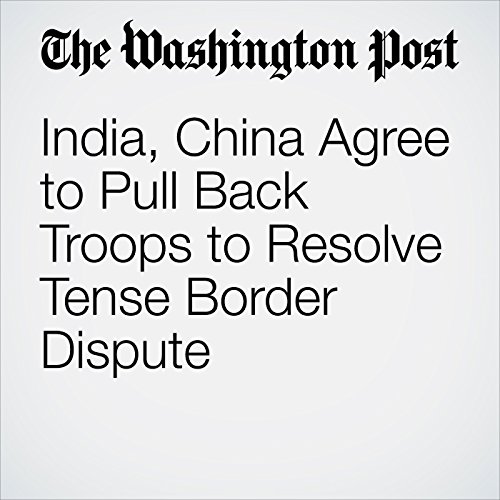 India and China have withdrawn troops from a disputed Himalayan region on the border with China, foreign ministries from the two countries announced Monday, defusing a tense standoff that had threatened to provoke armed conflict between the nuclear-armed Asian rivals.

"India, China Agree to Pull Back Troops to Resolve Tense Border Dispute" is from the August 28, 2017 World section of The Washington Post. It was written by Simon Denyer and Annie Gowen and narrated by Sam Scholl.