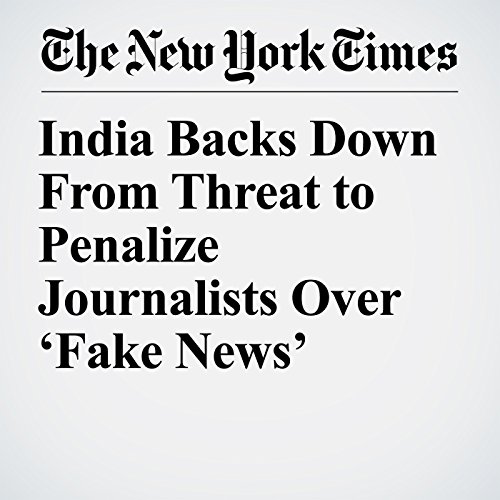 India Backs Down From Threat to Penalize Journalists Over ‘Fake News’

NEW DELHI — Facing strong criticism, the Indian government on Tuesday withdrew new rules under which journalists found to have written or broadcast “fake news” would lose their official accreditation, in some cases permanently.

"India Backs Down From Threat to Penalize Journalists Over ‘Fake News’" is from the April 03, 2018 World section of The New York Times. It was written by Kai Schultz and Suhasini Raj and narrated by Kristi Burns.