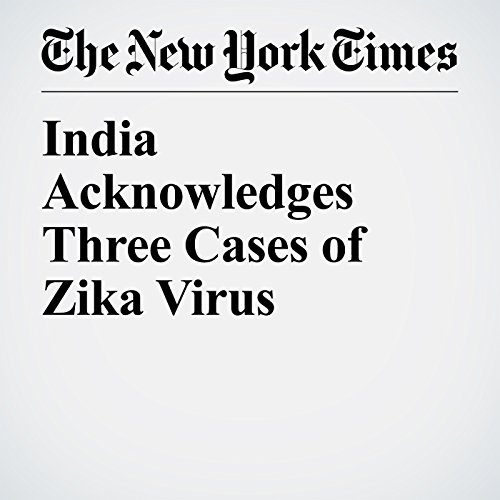 Officials in Ahmedabad, India, saw the first of the cases in November: A 34-year-old woman who had just given birth to a healthy child came down with a fever, and tests later confirmed that she was infected with the mosquito-borne Zika virus.

"India Acknowledges Three Cases of Zika Virus" is from the June 03, 2017 World section of The New York Times. It was written by Nida Najar and narrated by Keith Sellon-Wright.