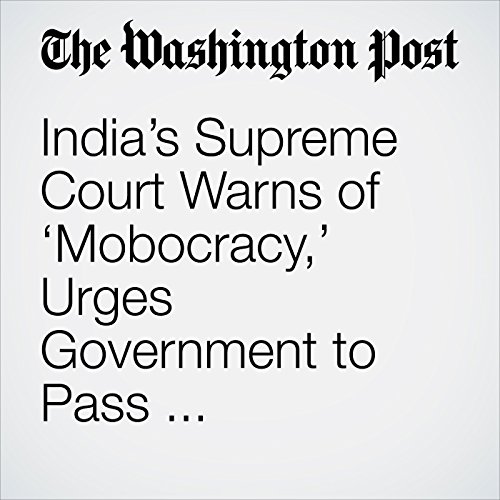 NEW DELHI — India’s Supreme Court urged the government to pass a new anti-lynching law and to stop the spread of Internet rumors after dozens of people were killed in a string of violent mob attacks fueled largely by social media.

"India’s Supreme Court Warns of ‘Mobocracy,’ Urges Government to Pass Anti-Lynching Law After Deadly Attacks" is from the July 17, 2018 World section of The Washington Post. It was written by Annie Gowen and narrated by Sam Scholl.