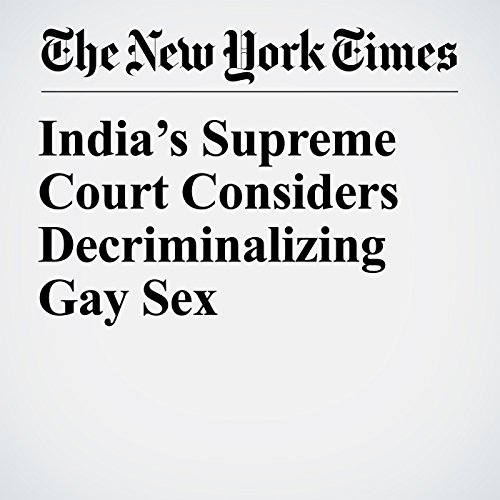 NEW DELHI — India’s Supreme Court deliberated Tuesday whether to strike down one of the world’s oldest laws criminalizing consensual gay sex, a debate that has raised broader questions about how far to extend equal rights in the country.

"India’s Supreme Court Considers Decriminalizing Gay Sex" is from the July 10, 2018 World section of The New York Times. It was written by Kai Schultz and narrated by Keith Sellon-Wright.