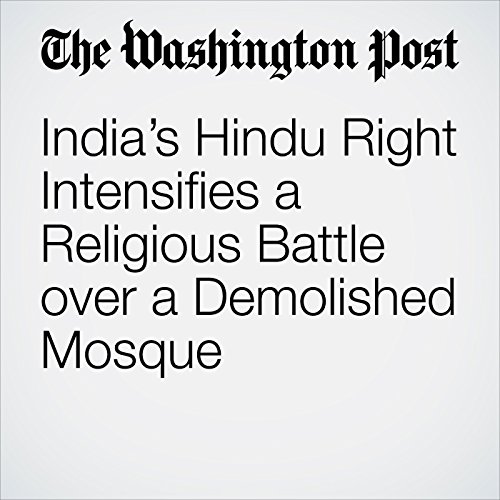 AYODHYA, India — The mob of Hindu fundamentalists brought down the mosque in just a few hours, using pickaxes, rope and their bloody, bare hands. Dust swirled above the rubble, smoke from nearby torched homes soured the air, and 16 Muslims lay dead, the first of about 2,000 people who would die in riots across India in the days to come.

"India’s Hindu Right Intensifies a Religious Battle over a Demolished Mosque" is from the March 12, 2018 World section of The Washington Post. It was written by Annie Gowen and narrated by Sam Scholl.