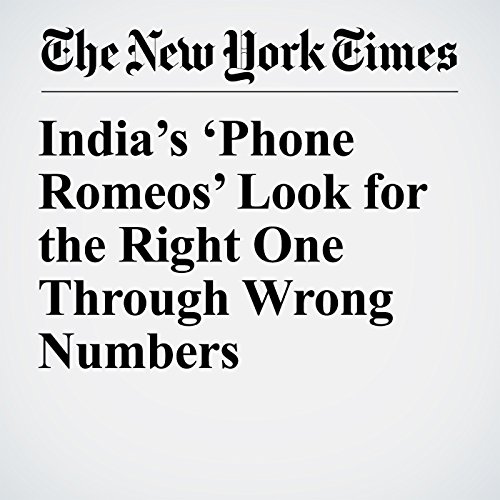 The “phone Romeo,” as he is known here, calls numbers at random until he hears a woman’s voice, in the hope of striking up a romantic attachment. Among them are overeager suitors (“Can I recharge your mobile?”), tremulous supplicants (“I am talking to you, madam, but my body is shaking”) and the occasional heavy breather (“I want to do the illegal things with you”).

"India’s ‘Phone Romeos’ Look for the Right One Through Wrong Numbers" is from the March 22, 2017 World section of The New York Times. It was written by Ellen Barry and narrated by Caroline Miller.