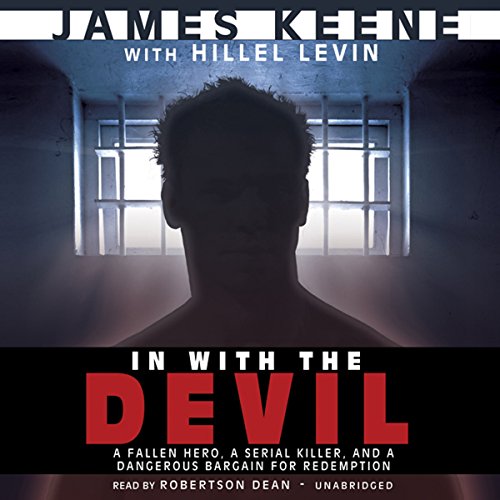 James Keene had it all: cars, girls, houses up and down the Gold Coast. But behind his well-connected star athlete façade was a money-obsessed drug dealer desperate to make the big score to get him out of the business. When he was sentenced to prison, it seemed the only lessons he would learn would be about navigating convict society. Instead, he was offered a chance to regain his freedom in return for going undercover in the nation’s highest security prison for the criminally insane. His task: to get friendly with Larry Hall, a mentally unbalanced serial rapist and murderer, and obtain his confession. For nearly a year, Keene walked the line between the part he played and the self he hoped to redeem, all the while dodging punches from deranged inmates, currying favor with imprisoned Mafia dons, and staying beneath the radar of Larry’s oddly protective psychiatrist.

Cosa pensano gli ascoltatori di In with the Devil

It reveals how inadequate and flawed our criminal justice system really is and the primitive nature of the psychiatric "profession". One can only pity those who become ensnared in this system. Incarceration has become a horrible self perpetuating business.

Runs on and takes things out of order

It was a good listen but some could have been left out and it would have been better. The order is all over the place, at times I got lost wondering what happened, which it is picked up later on. I did find it interesting but is not worth listening to a second time.

I thought the narrator did a great job, at times he did put in a few character voices which were nice. There are no background noise, no volume changes and no repeating of words. He has a very pleasant voice

The story was written very amateurishly and also had a weak ending. The interactions with the serial killer was brief and simple .
This is on one of my favorite subjects but I was even bored with this story. Pity ....

They chose the wrong man

A frustrating story when it's not just plain boring. Warning, spoiler ahead! I NEVER leave spoilers, so you can tell how displeased I was with this idiot...
Clearly the FBI and Prosecutor picked the wrong man to send in. They picked a hot-headed moron that total blew their chance to recover that poor girl's body! If he'd have had half a brain he would have kept his big mouth shut and he would have had the grave site location! Grrrrr, don't bother!

The writing was a little weak, but the performance kept me listening to the end.

great book and well performed, highly recommended. captivating and it pulls you in. true crime story

perfect listen for an 8 hr shift

I thoroughly enjoyed this book. It's a fascinating true story that kept me gripped throughout. Going in I thought I may be frustrated to be hearing more about James Keene and less about the Larry Hall case but Keene cuts a charming figure and you're soon with him every step of the way.

This is also helped by the excellent narration. Robertson Dean gives each major character a distinct voice and reads with an easy, natural pace rather than the pauseless stream of words that hinder some audiobooks.