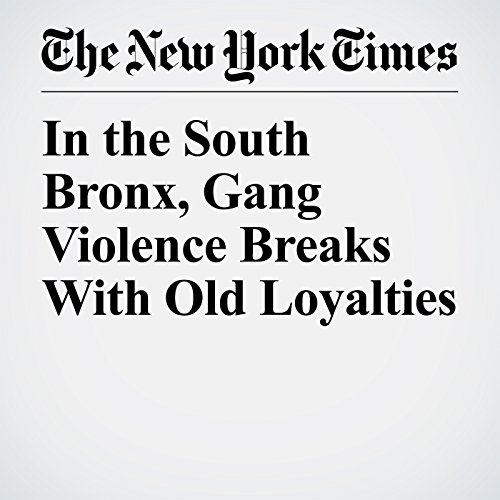 In a South Bronx neighborhood where violence is hardly rare, the brutality of the ambush gave even the most hardened residents and detectives pause.

"In the South Bronx, Gang Violence Breaks With Old Loyalties" is from the May 15, 2017 U.S. section of The New York Times. It was written by Benjamin Mueller, Noah Remnick and Al Baker and narrated by Keith Sellon-Wright.