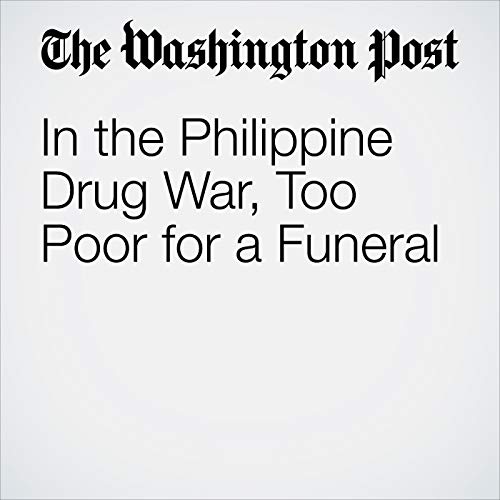 Duterte has promised to rid the Philippines of drugs and the crime associated with the drug trade.

But the war on drugs here has been labeled a war on the poor, and generating the money for a final resting place can be too difficult for some families.

"In the Philippine Drug War, Too Poor for a Funeral" is from the February 11, 2017 World section of The Washington Post. It was written by Joe Freeman and narrated by Sam Scholl.

Cosa pensano gli ascoltatori di In the Philippine Drug War, Too Poor for a Funeral