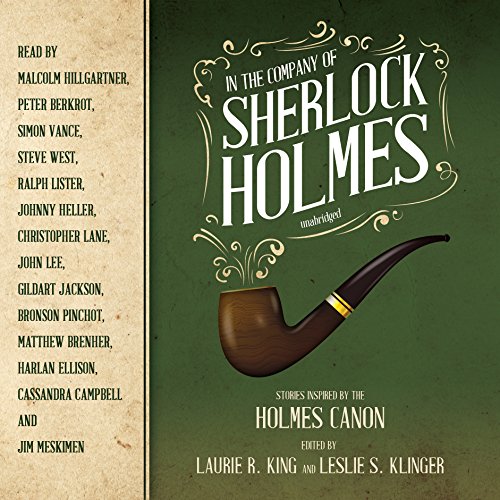 In the Company of Sherlock Holmes 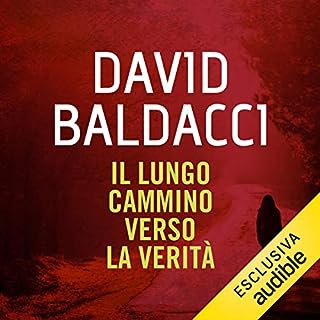 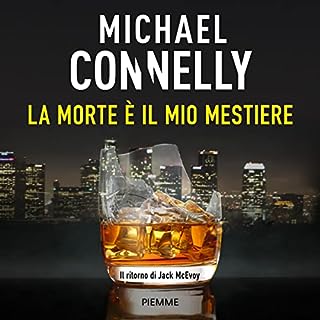 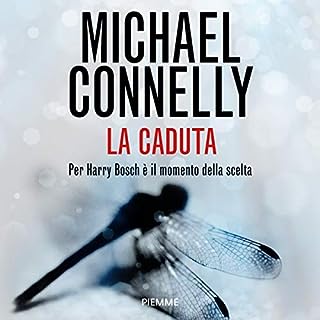 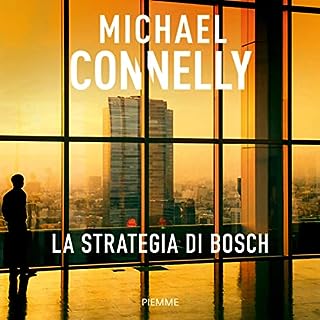 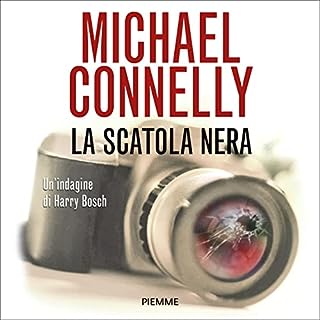 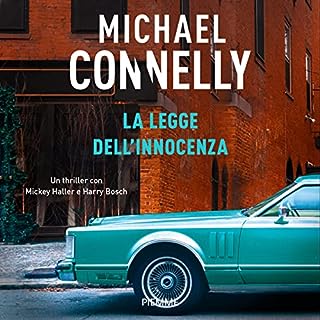 This follow-up to the national best seller A Study in Sherlock is a stunning new volume of original stories compiled by award-winning Sherlockians Laurie R. King and Leslie S. Klinger.

The Sherlock Holmes stories by Sir Arthur Conan Doyle were recently voted the top mystery series of all time, and they have enthralled generations of readers - and writers.

Inside you'll find Holmes in times and places previously unimagined, as well as characters who have themselves been affected by the tales of Sherlock Holmes. The game is afoot - again!

not made for listening

This compilation rarely features the original Sherlock character, vs an updated or spin off adaptation. Some stories, like the script/play complete with scene direction and cues like "Sherlock Holmes doesn't like this" before each line, were not made to be read out loud in novel form. I enjoyed perhaps two of the stories. The best being Silver Blaze from the horse's POV. Yes, the most enjoyable story was featuring a horse narrator.

The title led me to believe that the stories would mirror in some way, the Holmes style of stories by ACD. That, I think is what is meant by
Stories inspired by the Holmes Canon.
Not so. This is a collection of random stories.
Few of them have any relation to the mystery, plot, characters and summation we know and appreciate in the Holmes stories. What was somewhat appealing was that a number of outstanding narrators are listed....
Simon Vance.Gildart Jackson. Ralph Lister Steve West.
This is not the first book I’ve found that hooks itself unfairly to Mr Holmes.
The AAA narrators are always a joy to listen to and in this book saved the day.
I am going to exchange this book.

More authors that just the two Audible has listed

Like most anthologies, this has some stories that appealed to me and some that didn't. Of course, people's tastes differ, so what I liked isn't necessarily what you will like. I found this because it had a story by an author I have enjoyed reading before (Michael Sims).

To help you judge whether this collection is for you, here are the stories and their authors:
The Crooked Man, by Michael Connelly
The Curious Affair of the Italian Art Dealer, by Sara Paretsky
The Memoirs of Silver Blaze, by Michael Sims
Dr. Watson’t Casebook, by Andrew Grant
The Adventure of the Laughing Fisherman, by Jeffery Deaver
Art in the Blood, by Laura Caldwell
Dunkirk, by John Lescroart
The Problem of the Empty Slipper, by Leah Moore & John Reppion
Lost Boys, by Cornelia Funke
The Thinking Machine, by Denise Hamilton
By Any Other Name, by Michael Dirda
He Who Grew Up Reading Sherlock Holmes, by Harlan Ellison
The Adventure of My Ignoble Ancestress, by Nancy Holder
The Closing, by Leslie S. Klinger
How I Came to Meet Sherlock Holmes, by Gahan Wilson

It will put you to sleep

What would have made In the Company of Sherlock Holmes better?

I love Sherlock Holmes and was excited to get this book but then I could not finish the book. The narrator was terrible and did not hold my interest. If it had been narrated in a different manner the story line would have been good.

Would you be willing to try another book from Laurie R. King and Leslie S. Klinger ? Why or why not?

Not unless it was narrated with more enthusiasim

Story line was good if you were reading the book. However, narration plays a big the biggest part when I am listening to audio books and this was terible.

So proud of the Authors tribute to Doyle!

A fitting tribute to Arthur Conan Doyle. Each reader expressed their own spin on the mysteriously familiar Sherlock character in their own carefully crafted way. Pleasure listening to exciting wordsmiths each.

A real mixed bag, not recommended.

I quite enjoyed the other two books in this series [Echos of SH, & For the Sake of the Game] overall--tho not every single tale, of course. However, except for two of the stories herein, this book doesn't hold a candle to those. Wish I hadn't wasted a credit on this one.

What would have made In the Company of Sherlock Holmes better?

I was so looking forward to listening to this what a major let down there is nothing about Sherlock at all. This was a horrible audio book do not waste your money getting this.

What was most disappointing about Laurie R. King and Leslie S. Klinger ’s story?

And
There was nothing about the sherlock Holmes that was at all recognisable.

Off putting definitely the Sarah peretsky

If you could play editor, what scene or scenes would you have cut from In the Company of Sherlock Holmes?

Nothing you could print

Nothing Sherlockian about this book other than the use of names and a couple of rehashing of original stories. These cannot be considered as sherlock stories, but rather a school exercise. Not much can be added about the quality of the narrators. One GOOD narrator when have improved it. May be more acceptable to the American reader.

struggled to listen to this. sound quality is fine but the stories are complete rubbish.