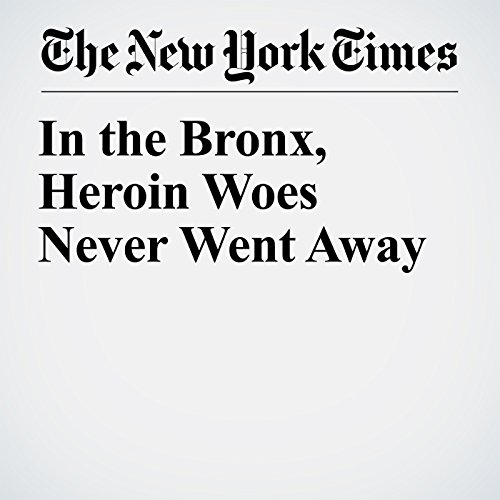 If the South Bronx were a state (its population of more than a half-million makes it roughly equivalent to Wyoming’s) it would have the second-highest rate of drug overdose deaths — 34 per 100,000 people — in the country, after West Virginia.

"In the Bronx, Heroin Woes Never Went Away" is from the March 25, 2017 U.S. section of The New York Times. It was written by Ginia Bellafante and narrated by Caroline Miller.