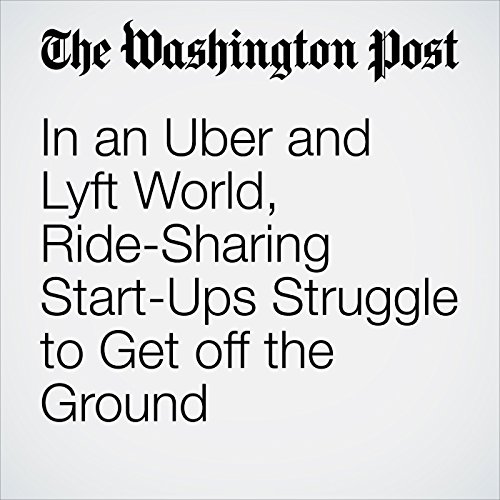 In the weeks leading to its abrupt shutdown this spring, van-pooling service Bridj was planning a major expansion in the District. The pop-up bus service, then limited to a few neighborhoods, would have offered pickups anywhere in Washington, according to founder Matt George. The announcement was slated for the week after the April shutdown, he said.

"In an Uber and Lyft World, Ride-Sharing Start-Ups Struggle to Get off the Ground" is from the June 03, 2017 Transportation section of The Washington Post. It was written by Faiz Siddiqui and narrated by Sam Scholl.

Cosa pensano gli ascoltatori di In an Uber and Lyft World, Ride-Sharing Start-Ups Struggle to Get off the Ground