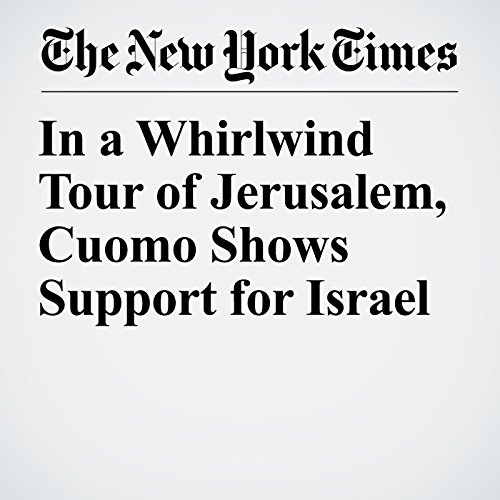 He toured. He prayed. He visited an ancient tomb. He broke bread, cracked jokes and even wedged in some Albany arm-twisting. And he prompted flags to appear all over, even in the middle of cobblestone streets.

"In a Whirlwind Tour of Jerusalem, Cuomo Shows Support for Israel" is from the March 05, 2017 World section of The New York Times. It was written by Jesse Mckinley and narrated by Kristi Burns.