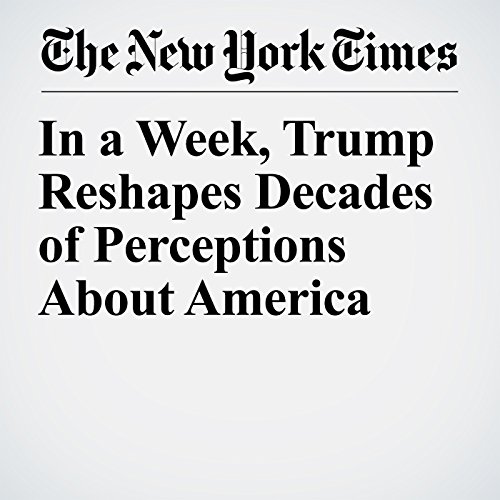 A nation that built its brand around the world as open to the world’s needy and ambitious is now viewed, after Trump’s immigration executive order, as closing its doors in a way it never did even after the Sept. 11, 2001, attacks.

"In a Week, Trump Reshapes Decades of Perceptions About America" is from the January 29, 2017 U.S. section of The New York Times. It was written by David E. Sanger and narrated by Caroline Miller.