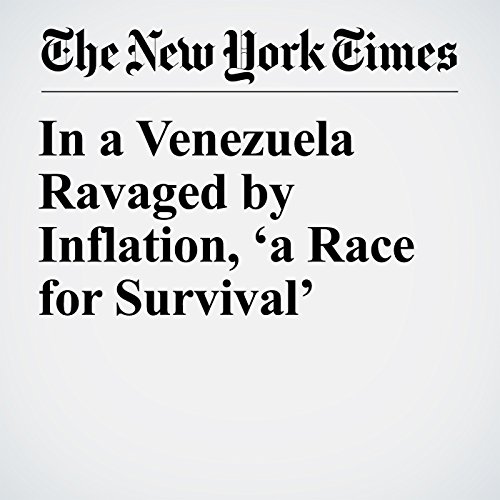 In a Venezuela Ravaged by Inflation, ‘a Race for Survival’

Venezuela’s deepening economic crisis has spared few across the population of more than 30 million. The nation is on the verge of, and by some measures already in, an extraordinary period of hyperinflation, with the inflation rate above 800 percent through October. Next year, consumer prices are forecast by the International Monetary Fund to soar more than 2,300 percent.

"In a Venezuela Ravaged by Inflation, ‘a Race for Survival’" is from the December 02, 2017 World section of The New York Times. It was written by Kirk Semple and narrated by Kristi Burns.