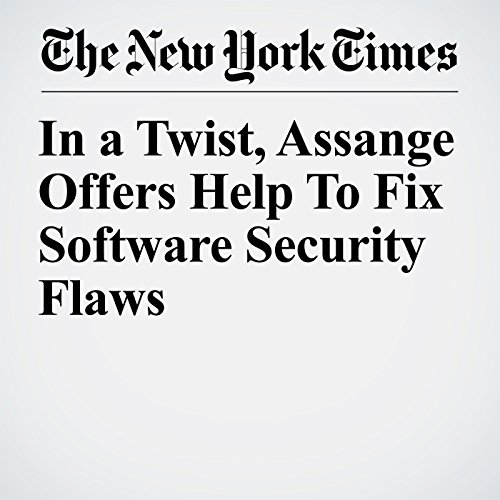 For years, Julian Assange, the founder of WikiLeaks, has been derided as an anti-American anarchist, indiscriminate in publishing leaks and far too cozy with Russia. For more than four years, he has been hiding out in the Ecuadorean Embassy in London to avoid sexual assault investigators in Sweden.

"In a Twist, Assange Offers Help to Fix Software Security Flaws" is from the March 09, 2017 World section of The New York Times. It was written by Scott Shane, David E. Sanger and Vindu Goel and narrated by Caroline Miller.