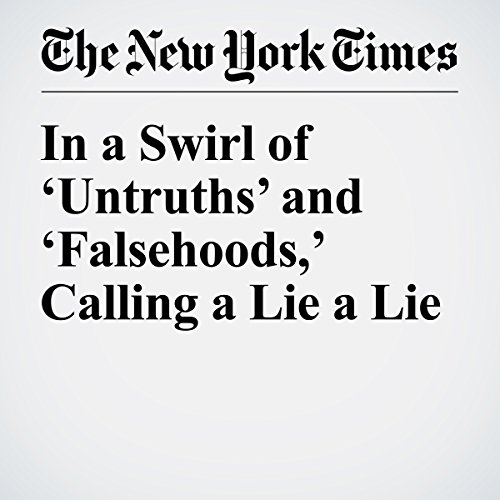 Not to worry: As far as anyone knows, the president’s assertion is akin to saying that millions of unicorns also voted illegally.

But such a baseless statement by a president challenged the news media to find the precise words to describe it. This will be a recurring challenge, given Trump’s habit of speaking in sales-pitch hyperbole and his tendency to deride any less-than-flattering report as “fake news.”

"In a Swirl of ‘Untruths’ and ‘Falsehoods,’ Calling a Lie a Lie" is from the January 25, 2017 Business section of The New York Times. It was written by Dan Barry and narrated by Caroline Miller.

Cosa pensano gli ascoltatori di In a Swirl of ‘Untruths’ and ‘Falsehoods,’ Calling a Lie a Lie