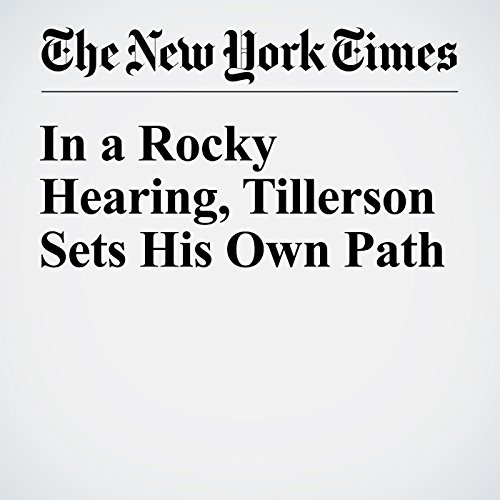 In one contentious exchange with Rubio, who ran against President-elect Donald Trump last year for the Republican nomination, Tillerson rebuffed an effort to get him to describe Putin as a war criminal for ordering the bombing of civilians in Chechnya. “I would not use that term,” he said.

"In a Rocky Hearing, Tillerson Sets His Own Path" is from the January 11, 2017 U.S. section of The New York Times. It was written by David E. Sanger and Matt Flegenheimer and narrated by Caroline Miller.