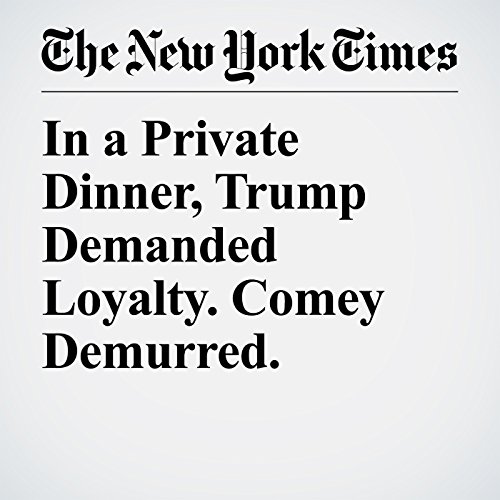 Only seven days after Donald Trump was sworn in as president, James Comey has told associates, the FBI director was summoned to the White House for a one-on-one dinner with the new commander in chief.

"In a Private Dinner, Trump Demanded Loyalty. Comey Demurred." is from the May 12, 2017 U.S. section of The New York Times. It was written by Michael S. Schmidt and narrated by Barbara Benjamin-Creel.