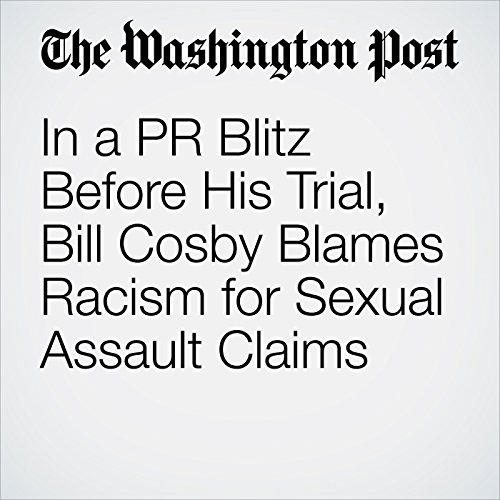 In a rare interview airing Tuesday, Bill Cosby says he does not expect to testify at his upcoming felony sexual assault trial and that he believes racism played a big role in the scandal that has engulfed his life.

"In a PR Blitz Before His Trial, Bill Cosby Blames Racism for Sexual Assault Claims" is from the May 16, 2017 Lifestyle section of The Washington Post. It was written by Manuel Roig-Franzia and narrated by Sam Scholl.