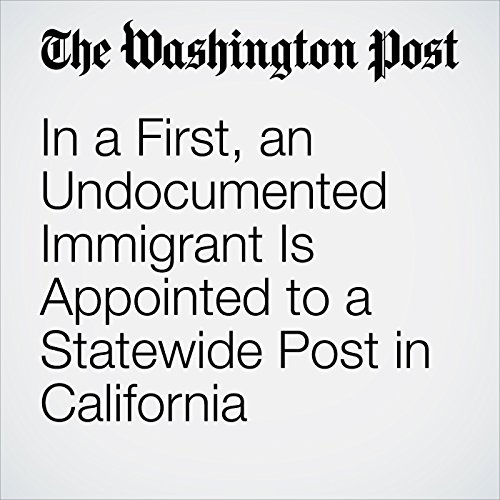 A 33-year-old woman has become the first undocumented immigrant named to a statewide post in California.

"In a First, an Undocumented Immigrant Is Appointed to a Statewide Post in California" is from the March 15, 2018 National section of The Washington Post. It was written by Amy B Wang and narrated by Jenny Hoops.