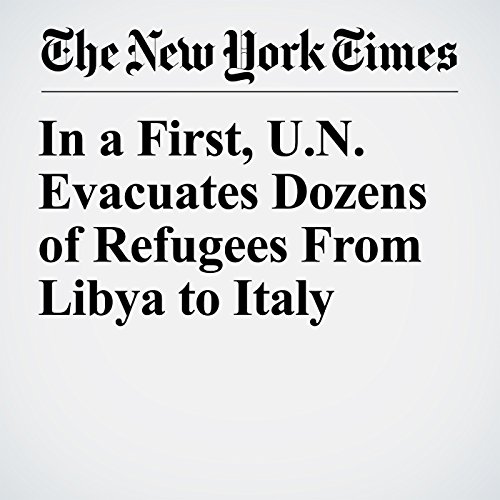 Dozens of refugees and migrants who were held in detention in bleak conditions in Libya were evacuated to Italy late Friday, according to the United Nations’ refugee agency.

"In a First, U.N. Evacuates Dozens of Refugees From Libya to Italy" is from the December 23, 2017 World section of The New York Times. It was written by Megan Specia and narrated by Kristi Burns.