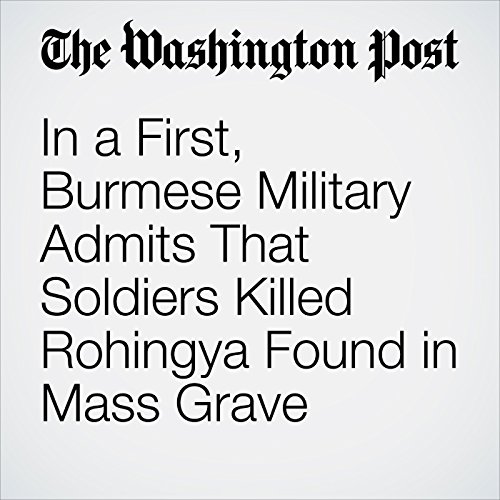 Burmese troops and villagers were behind the killing of 10 Rohingya Muslims whose bodies were found in a mass grave in Rakhine state's Inn Din village, the military's commander in chief, Min Aung Hlaing, said Wednesday in a statement on Facebook.

"In a First, Burmese Military Admits That Soldiers Killed Rohingya Found in Mass Grave" is from the January 10, 2018 World section of The Washington Post. It was written by Adam Taylor and narrated by Sam Scholl.