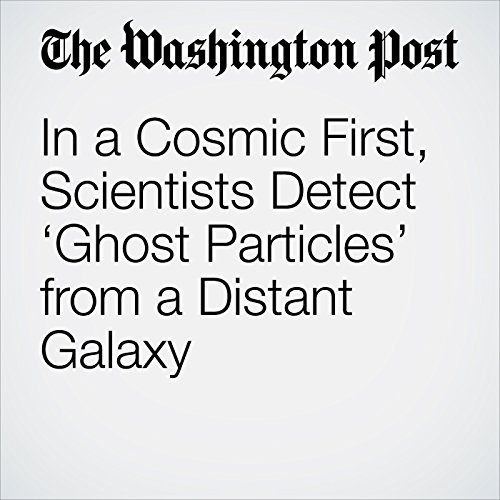 When the sun was young and faint and the Earth was barely formed, a gigantic black hole in a distant, brilliant galaxy spat out a powerful jet of radiation. That jet contained neutrinos — subatomic particles so tiny and difficult to detect they are nicknamed “ghost particles.”

"In a Cosmic First, Scientists Detect ‘Ghost Particles’ from a Distant Galaxy" is from the July 12, 2018 World section of The Washington Post. It was written by Sarah Kaplan and narrated by Sam Scholl.