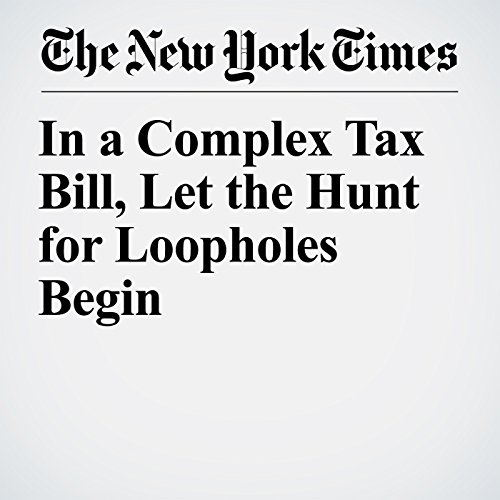 In a Complex Tax Bill, Let the Hunt for Loopholes Begin

It was supposed to be a tax cut for manufacturers. Then it got out of control.World Wrestling Entertainment took it for producing wrestling videos. Regional gas stations claimed it because they mix ethanol with base fuel. Grocery stores asked for it because they spray their fruit so that it ripens. Pharmacies could take it because they have booths that print photos.

"In a Complex Tax Bill, Let the Hunt for Loopholes Begin" is from the December 27, 2017 Business section of The New York Times. It was written by Natalie Kitroeff and narrated by Archie Montgomery.