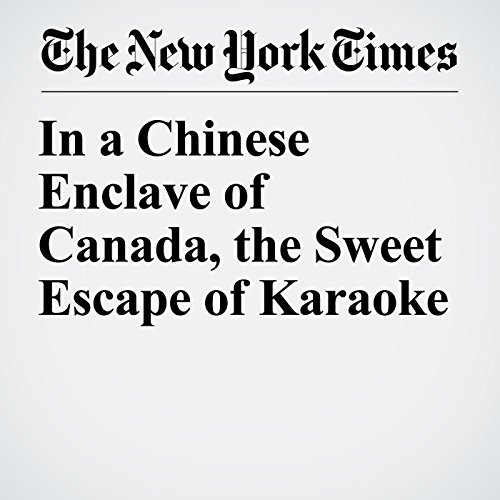 What sort of karaoke joint offers 18 kinds of bubble tea but only one Abba song? If you’re a Chinese immigrant living in metropolitan Vancouver, then you’ve probably already been there: Party World KTV, a branch of the Asian karaoke chain, which looks as if a wedding-cake-inspired UFO had just landed in the middle of this majority ethnic-Chinese city.

"In a Chinese Enclave of Canada, the Sweet Escape of Karaoke" is from the December 26, 2017 World section of The New York Times. It was written by Dan Levin and narrated by Keith Sellon-Wright.

Cosa pensano gli ascoltatori di In a Chinese Enclave of Canada, the Sweet Escape of Karaoke