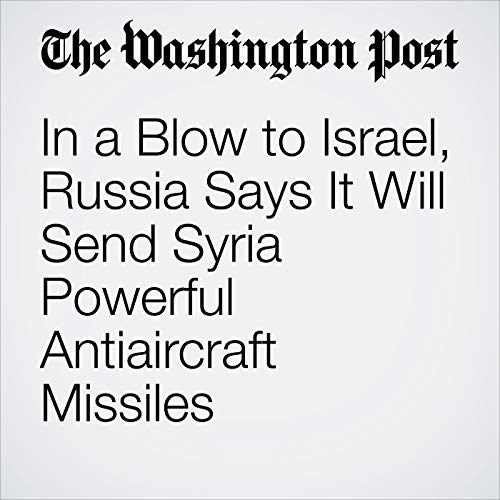 Russia said Monday it would equip Syria with sophisticated air defense systems, a move that could worsen a rift with Israel by limiting its ability to bomb across its northern border.

"In a Blow to Israel, Russia Says It Will Send Syria Powerful Antiaircraft Missiles" is from the September 24, 2018 World section of The Washington Post. It was written by Anton Troianovski, Loveday Morris and Liz Sly and narrated by Sam Scholl.