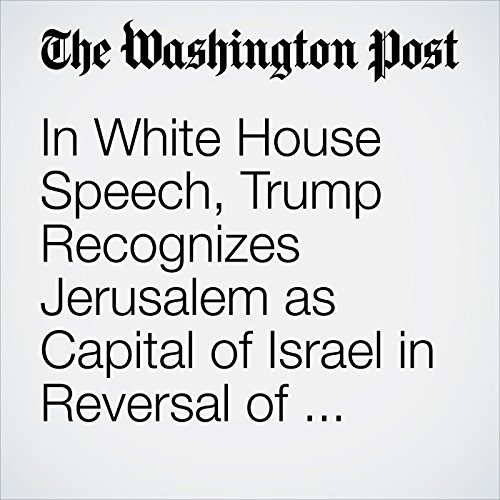 President Trump on Wednesday formally recognized Jerusalem as Israel’s capital, defying warnings from other Mideast countries and some U.S. allies in a politically risky move that he insisted would not derail his administration’s efforts to broker a peace deal.

"In White House Speech, Trump Recognizes Jerusalem as Capital of Israel in Reversal of Longtime U.S. Policy" is from the December 06, 2017 Politics section of The Washington Post. It was written by David Nakamura and narrated by Sam Scholl.